The Enforcement Directorate MR-400 with the pierced cockpit exploded, its fusion containment breached. The meltdown knocked her own vehicle on its giant backside with a jarring impact, rattling her against her restraint belts. One of the mechs still pressing the attack fell on top of her, pinning her to the alley floor. Another MR-400 emerged from the plasma cloud wreathed in flames. The burning enemy stumbled through the wall of an already-damaged building, adding to the chaotic brawl’s noise and confusion.

“Where are you, anyway?” Prath asked over the comm line, suspicion creeping into his voice. “You’re...you’re not out ambushing patrols again, are you?”

The rubble-filled alley was clogged with ferrocrete dust and a heated fog of molten armor, giving Jessica Kramer a small respite from the onslaught. Her stolen mech’s targeting computer identified the unit’s leader through the acrid mist. It was a Centurion in rank. Her sensor display showed it as a friendly command unit, halfway back in the compressed stack of green armors grinding their way towards her.

“Maybe,” she answered with awkward reluctance as detonations and the clash of steel echoed around her. “Why do you ask?”

Straining against the awkward position of her sitting armor’s cockpit, she brought up the mech’s main gun. A pair of 76mmm cannon rounds stitched through the Centurion mech’s sensor cluster and command console, much to her own battle computer’s consternation. The ranking armor tumbled back into its subordinates as its missiles cooked off, turning it into a silhouette in the rubble’s dust.

Prath sighed over the comm line.

“Just come back to base when you’ve had your fill,” Prath said, resignation in his tone. “You can’t keep doing this, you know, little human. Vervor is going to be most upset with you.” 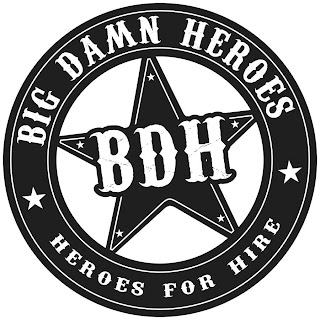 The Best Goram Band In The 'Verse: Big Damn Heroes 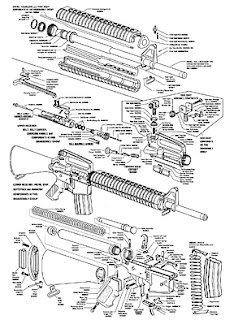 Putting Together An AR-15 Rifle, Part 1