Announcing the launch of Project Quixote, a 28mm Dieselpunk Modular Mech Kit in STL Form For 3D Printers. Free PDF Instructions and Build Preview https://we.tl/t-bdMhQ9jDIF Cults3d https://cults3d.com/en/3d-model/game/project-quixote-28mm-dieselpunk-modular-pre-supported-mech-kit CGTrader https://www.cgtrader.com/3d-print-models/miniatures/sci-fi/project-quixote-28mm-presupported-dieselpunk-modular-mech-kit Free Molten Matter Projection Cannons https://cults3d.com/en/3d-model/game/free-suturus-pattern-molten-matter-projection-cannons-for-project-quixote Text, if you're in the mood to read.... Project Quixote was created by a small engineering bureau on a remote, backwater world on the Fifth Gate network. It's journeyman-like sturdiness was forged with modularity in mind, as evidenced by its multitude of mission-dictated combat loadouts. It can be found in the armored forces of dozens of nations and worlds across the Universi. Envisioned as an altern
Post a Comment
Read more 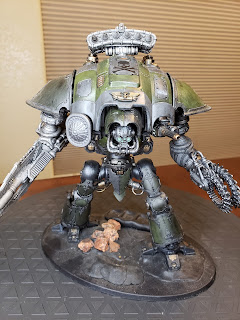